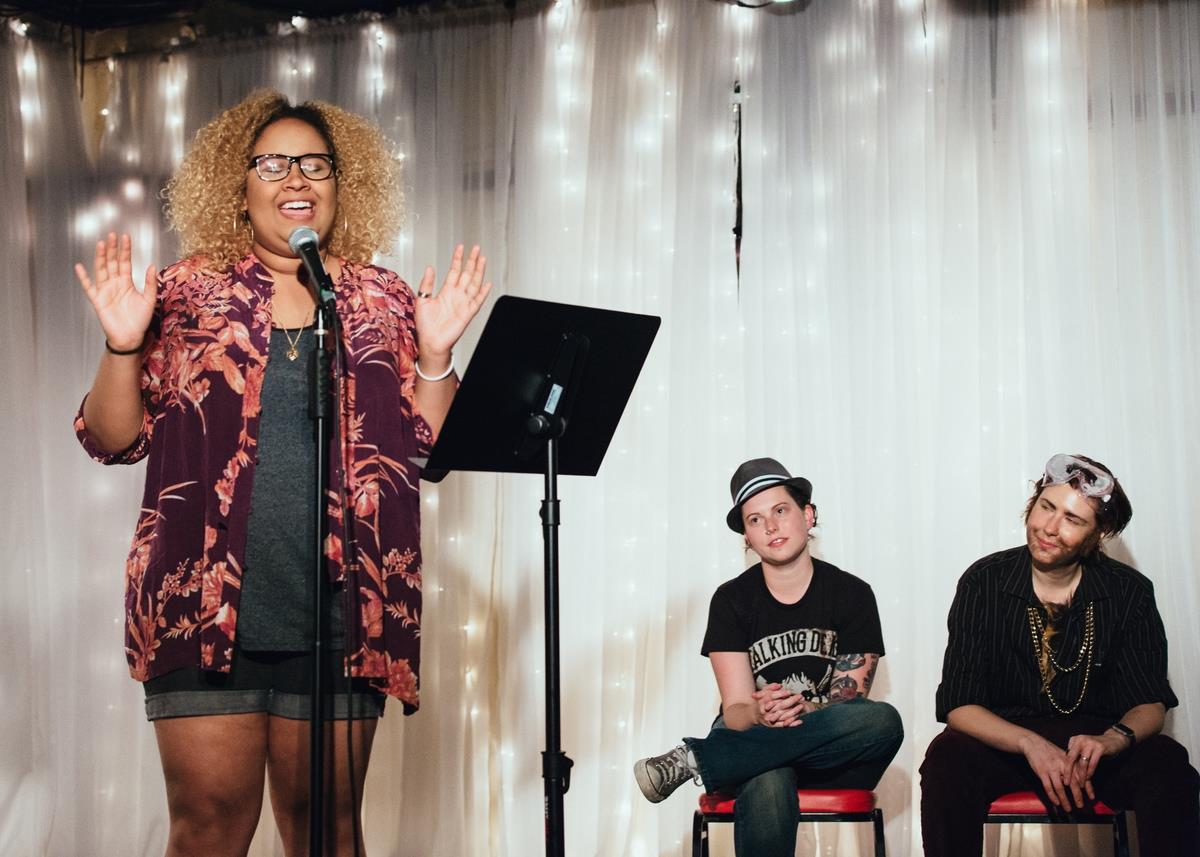 For the past 2 months, I have had more people laugh at me than in my entire life(which is not that long albeit).
Last night I performed at my first actual comedy show. As a comedian. Next to real, seasoned, hilarious, slightly intimidating, definitely out of college, comedians.
And I killed it. 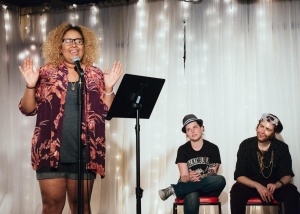 This all happened because of a good friend, who I won’t name lest she be condemned, who is involved with the Bleux Stockings Society. They run a number of different kind of events, all based on performance media, and promote feminism and queer, women of color. I was familiar with them from their once a month show, that was just ‘you have a thing to perform? Poetry? Comedy? Spoken word? Sweet. Come do it’ and a theme. I went, and I told stories with shaky hands and a shrill voice, but I got laughs. Like real guffaws. What the hell.
Next thing I know, I’m being asked to come back for their Comedy Show in May. I do it, and I went in realistic. Because these are all professional comedians who have done shows all around Atlanta, so they SHOULD be there. I was just funny at the right time and place, and knew people involved. So I wasn’t expecting to be told to do something at a club in Downtown Atlanta.

Needless to say, I sort of stumbled onto a potential career. And here’s why I’m scared shitless: I can’t expect to just coast through it form now on. I’ve gotten REALY lucky through friends to get where I am now. Not to say I’m gonna wrap my life around Comedy just yet, but I can’t expect Kevin Hart’s manager to come up and say “You got some real talent, here’s a million dollars for an hour on Comedy central” because lets face it, I’ve been in the game -if even- for like 5 seconds compared to other comedians out here.

I guess I’m trying to have fun. Because performing is fun. (and feed my narcissism)But at what point do I have to say “If I wan’t this, I have to give it my all”? When do I have to ‘get serious’ in order to still have fun with it? In a perfect world, when I have to go to France to meet the prince and live there for a year as his personal advisor, people will cry and send me letters on how I need to, no, I must come back and perform. I’m a beacon to every young queer black woman who wants to do something with their life. One can only dream.

P.s. Sources say Lace Larrabee laughed really hard at my jokes and took pictures of me on stage and I didn’t notice her doing that to anyone else (but I could be wrong) and i’m dyyyiiiiinnnnggggggg