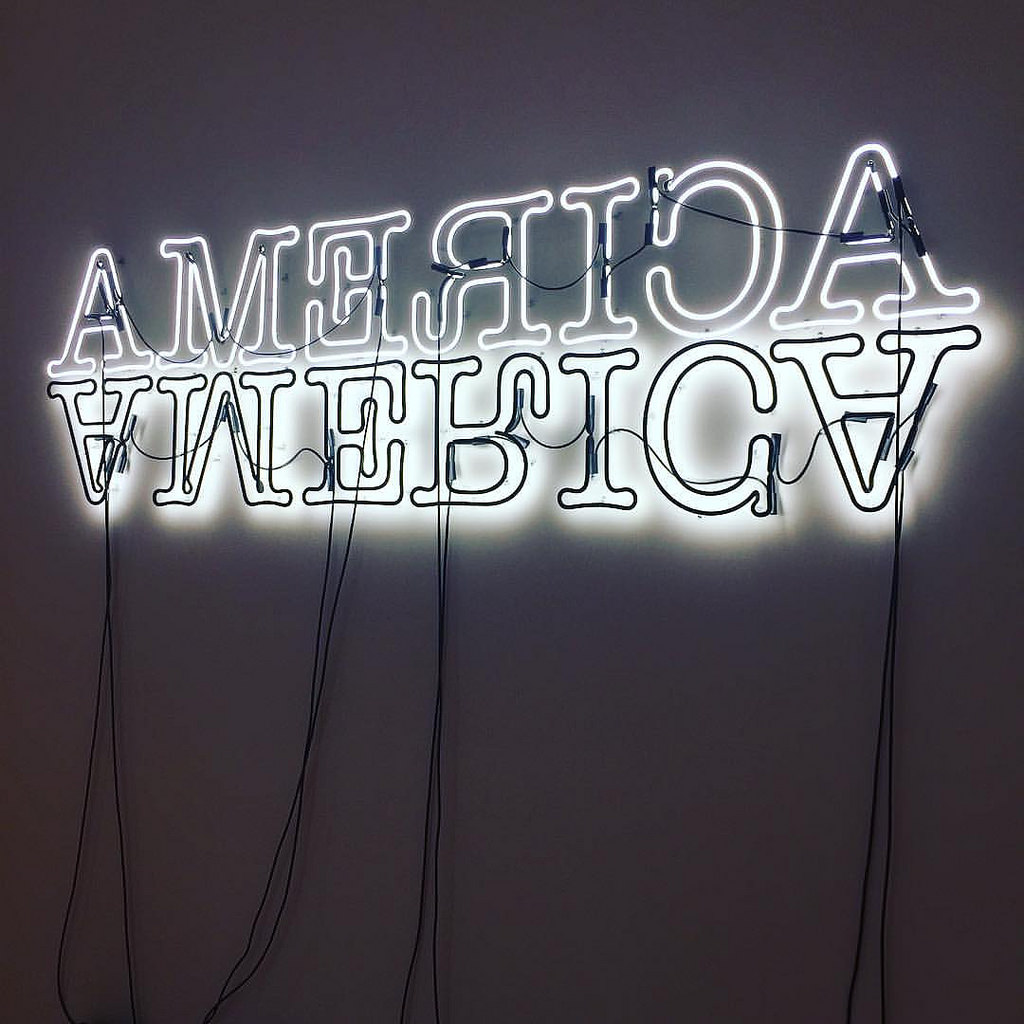 Recently, not just because of classes but because of my own journey through Art, I have come across two artists that are very intriguing: Glenn Ligon and Adrian Piper

Glenn Ligon is a contemporary gay artist who identifies as African American. His work is racially charged, more often than not, and he appears to use every medium under the sun. His art usually include text and repetition, focusing on his identity and the state of America. One of his most popular series, ‘America’, deals with neon text and the social state of the good ol’ US of A. I find his work the most visceral and intriguing. He utilizes a lot of white space in his work as a frame, rather than putting a physical frame around his work. In addition, literacy is a huge theme in his textual peices. Many utilize a wide range of legible text, often using text from racially charged Essays.

In tandem, Adrian Piper is a contemporary artist, who has a hefty range of ethnic/racial identities. She is 1/32 Malagasy (Madagascar), 1/16 Ibo (Nigeria), and 1/8 East Indian (Delhi), and has many ties to European heritage. Regardless of her often being assumed as white, Piper identifies as Black. This is crucial to receiving the full impact of her work, as it is often racially based and she uses herself as the subject and object of her work. Most of her art is presented in the form of installations and performance art. She uses many different mediums to discuss the subtleties of racism and oppression. 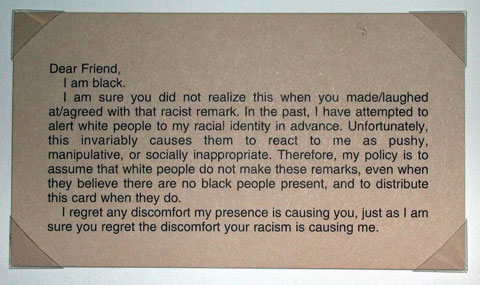 Adrian Piper, My Calling Cards ,1948 Photo: Spencer Museum of Art at the University of Kansas

So remember these names, and look them up. Glenn Ligon has many videos on Art21(aka my bestie) where he goes into more detail on his work, and Adrian Piper is all over youtube as such a prominent performance artist. Go get you’re life.